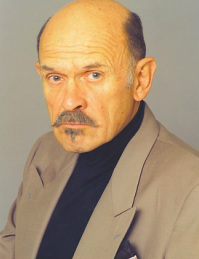 Ron House  is a five times published playwright, plus he has two produced films: “Bullshot”  based on his co-authored  play "Bullshot Crummond",  produced as a film by late Beatle George Harrison and directed by Dick Clement and co-produced by Ian La Frenais; and “Another Shrimp on the Barbie”  starring Cheech Marin.

He started his theatrical career as member of the Second City Company in his native Chicago.  He was part of the group that worked with Viola Spolin to develop her improv books.  He then moved to Europe where he lived in Rome followed by Barcelona and finally London, where he founded “Low Moan Spectacular”, the London underground Theatre Company that was responsible for the Off Broadway hit “El Grade De Coca Cola” which ran for 3 years in New York and was produced by Gil Adler (Superman and Valkyrie).  The next big hit was “Bullshot Crummond” which ran in London, New York, Los Angeles & in San Francisco for 4 years.  It won a certificate of Honor from Diane Feinstein. He still writes with Alan Shearman an original member of the London company and they have just finished with “Bullshot Crummond and the Invisible Bride of Death” after a very successful six month run of "El Grande de Coca Cola" at the Ruskin Theatre.