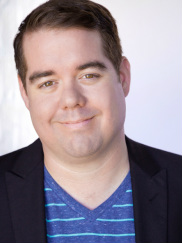 Nick is an Actor, Writer, Improviser and Director living in Los Angeles, CA. On TV Nick has been on the Emmy-Award winning shows The Office, Parks and Recreation and Grey’s Anatomy. He has also made regular appearances on Jimmy Kimmel Live. Onstage you can catch Nick performing and teaching regularly at the world-famous iO West in Hollywood, CA with LA’s Best Harold Team King Ten and the touring Genre-Improvised Show Kind Strangers. Nick has also trained at the famed Groundlings Theater. He is the Founder and Camp Director of Improv Utopia an annual camp for improvisers and also the Co-Founder of the online community the National Improv Network.
Powered by