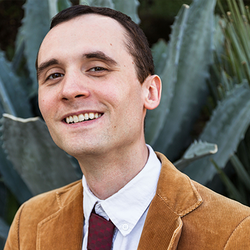 Joey Clift is a comedy writer and all around cool dude from Washington State who lives in Los Angeles. He’s written for shows on Cartoon Network, SyFy, TruTV, National Geographic Wild and The Nerdist YouTube Channel. His sketches have been featured on Comedy Central’s Tosh.0, Funny or Die, UCB Comedy and elsewhere. As a contributing writer for Cracked.com, his articles have received millions of views online and his sketch “Man vs Pudding Cup” was named one of The Comedy Bureau's 100 Best Things In Comedy We Were Witness To In No Particular Order of 2013. He currently writes for Upright Citizens Brigade Theatre Maude House Sketch Team Tut. Find out even more about him at joeyclift.com. Yes, that’s actually his face.